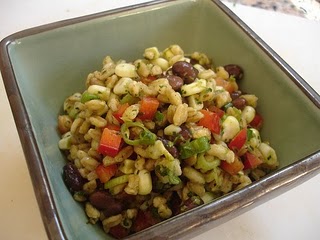 Lately, I look at the bookshelf in the kitchen just heaving with cookbooks and I feel a bit, well, guilty. After all, up until a few short months ago I was a bona fide cookbook addict. When I wasn’t reading one of the 100 or so that I have, I’d be surfing through Amazon looking for the next fix or printing out recipes from Epicurious and stuffing it into my “homemade” cookbook – AKA The Overstuffed Folder. There was never a Sunday morning spent without one cookbook in hand while three others were piled in front of me on the coffee table, waiting for me to take a look. It was a good relationship we had, the cookbooks and I, although I might have been a little dependent. 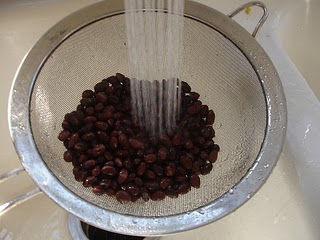 It’s odd now- I cook a lot but haven’t used a recipe in months. If I have thumbed through a cookbook recently it was merely to gain inspiration, not to follow any recipe word for word. The deciding factor in terms of what I will cook is one question- “What do I want to eat?” Seems simple, but for those of you who are recipe lovers like me, you’ll understand that sometimes the challenge and technique of a new recipe is the biggest motivator in what you make. I did that for so long and believe me- it resulted in plenty of delicious and beautiful meals- but I’m in this phase of just listening to my senses, collecting all of the knowledge that is floating around in my brain and then combining it all into a dish that is exactly what I want to consume at that particular moment. 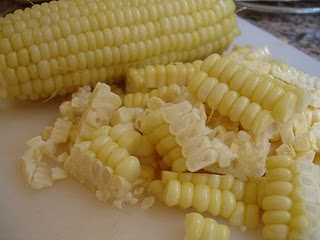 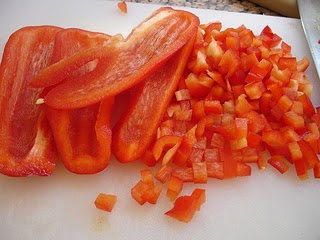 Last week, after a tequila-and-wine-fueled trip to Mexico- I wanted to have a big batch of something hearty but healthy to take for lunch each day. So I decided to whip up a batch farro, black bean and corn salad. Farro (type of wheat, also called emmer) has become one of my favorite grains over the last year and is great in so many dishes. It’s becoming more readily available in supermarkets but can almost always be found at any Italian market. I love the toothsome bite it retains after cooking and its slightly nutty but generally neutral flavor is very versatile. In the cooler months I like to toss it with sautéed mushrooms, thyme and baked butternut squash, but now that it’s warmer it’s the base of many great cold salads. This farro, black bean and corn salad is the perfect example of a recipe borne from what my body and taste buds were craving at the moment it was conceived, and I hope you enjoy it as much as I do. 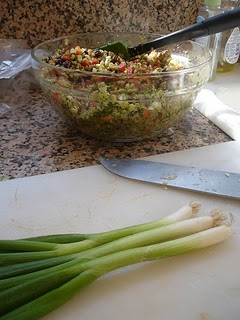 (The key to flavoring any salad using farro is to bathe the still-hot farro with whatever dressing you’re using so it really soaks up the flavors. In this instance I made a cilantro vinaigrette but you can use whatever dressing you prefer (creamy dressings probably won’t be as good) as long as you make sure you coat the farro grains while they are still warm).

Make the vinaigrette first: With tongs, hold the jalapeno directly over the flame on your stovetop or gas grill to blacken it all over. Cut the stem off, cut in a few pieces and pop into a food processor or blender. Add all of the other vinaigrette ingredients except for olive oil and pulse until relatively smooth. While the food processor or blender is running, slowly add the olive oil in a stream until it reaches a slightly-thicker-than-salad-dressing consistency. Season with salt & pepper to taste and set aside.

Bring vegetable or chicken stock to a boil, add the farro. Boil on medium heat for about 15-20 minutes- just check the consistency of a farro grain- you want it to be “al dente” so to speak. The farro probably won’t soak up all of the stock so if it doesn’t, simply drain it in a colander. Put drained farro in a large bowl and immediately toss with about ¾ of the vinaigrette. Mix well and set aside.

Bring a pot of salted water to a boil and add corn. Boil for about 3 minutes, then drain and rinse under cold water until corn is cold. Cut the kernels off by standing one ear of corn up at a slight angle and cutting down each side of the corn. A lot of it will come of in chunks but you can crumble it up into kernels with your fingers. I like to leave a few of them chunky so it looks more homemade. Add to the bowl of farro.

Rinse the beans in a colander under cold running water until clean, add to farro bowl.

Chop the red pepper into fine dice and the green pepper crosswise into thin circles, add both to farro bowl.

Toss in remaining vinaigrette and mix all ingredients together. Serve cold or at room temperature.