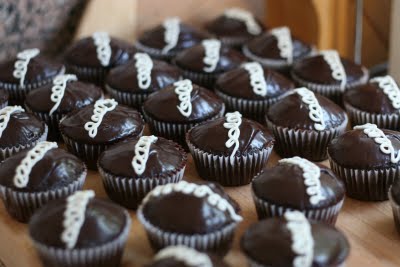 I love to cook for several reasons. It’s relaxing after a stressful day, it’s fun, it’s one of the few areas in my life where I feel like a Mac instead of a PC. One of the best things about cooking, however, is the reaction you get from people when you feed them. Feeding someone is SO basic, but it’s one of the most gratifying things you can do. If the person really enjoys what you feed them, it’s even better. People usually react positively if whatever you give them tastes good, but I’ve found that the most profound reactions come when you feed someone something that triggers a memory of some kind. Maybe it reminds them of a place they used to live, or a person who once cooked for them, or a time in their lives they felt carefree and happy.

Which brings us to these little cupcakes. They’re familiar to almost anyone who grew up in America. I always think of lunchboxes when I see these, not because they were in MINE, mind you (my parents were more Fig Newton types) but because I’d see them in other kids’ lunchboxes and secretly wished that one day a Hostess cupcake would magically appear in mine. I think these cupcakes and the foil-wrapped Ding Dongs were the most desired among my classmates at St. Luke’s Elementary School; a hot commodity when trading for other popular items like Capri Sun (juice in a pouch?!?! We thought it was so cool). 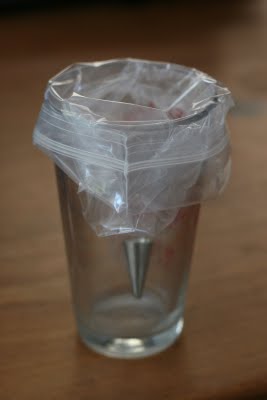 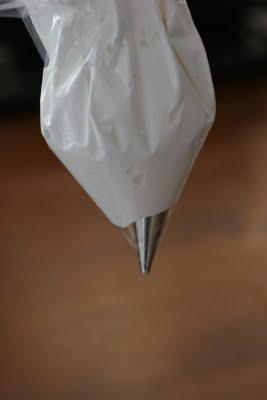 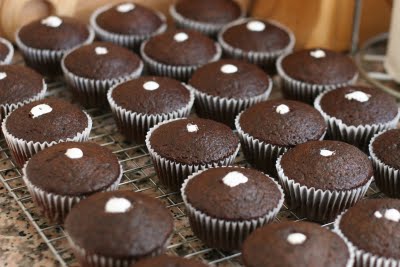 It’s ok if a little bit of filling peeks out because these are about to take a chocolate bath!

I’d seen these on a few blogs in the past and finally got around to making them today. The recipe is pretty straightforward- there are a few steps in constructing the final product but it’s really easy, and really fun. I especially looked forward to filling the cupcakes. Although many others used the “cone method” of cutting out a cone from the top of each, then filling the cupcake and putting the cone back in, I just shoved the tip of my piping bag into the top of each and squeezed. I think it worked well enough, although next time I will squeeze a little longer so more filing gets into each cupcake. I was afraid if I filled it with too much I’d have a Hostess Bomb on my hands. 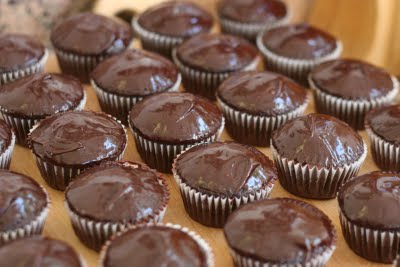 I’m looking forward to the reaction I get from coworkers tomorrow- I wonder if a bite of these cupcakes will propel them back to time when life was about kickball, Family Ties and Slip N Slides. I hope so. 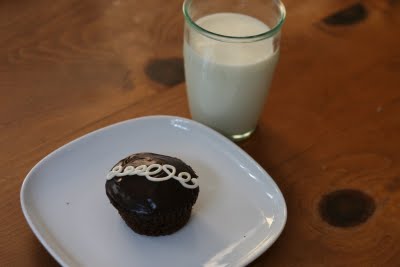 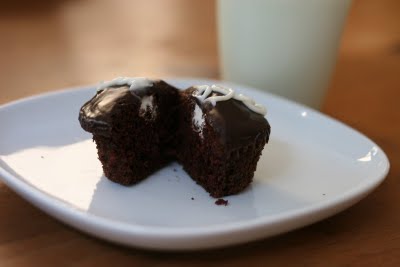 I think the logical next project is to try my hand at homemade Fig Newtons! Anyone ever made them?