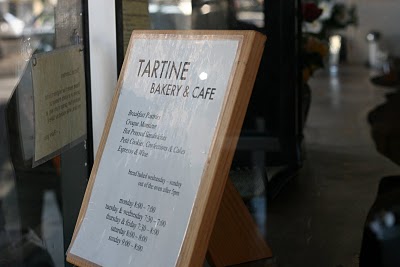 Don’t you hate it when something doesn’t live up to the hype? The iPad is something that comes to mind, with the majority of press calling the much-anticipated tech product “overpriced and disappointing.” As a food lover, few things are as annoying as overhyped eats. I’ll be bold and say that local Los Angeles fave Casa Bianca falls under that category (in my opinion folks, so please keep the tomato-throwing to a minimum, thank you!) mainly for their use of canned mushrooms on their pizza. I can’t be down with canned mushrooms. Ever. On anything. I mean, it isn’t like we live in Antarctica where canned mushrooms might be your only choice. El Coyote is another L.A. landmark regularly filled to capacity, but if I wanted gloppy, overcooked Mexican food, I could just get some Taco Bell and put it on a plate (sorry Taco Bell, actually you’re not bad for the late night, post-drinking 4th meal). Although I’ve enjoyed the occasional bowl of tangy Pinkberry, the frozen concoction served in cutesy, colorful shops hardly lives up to the hype. I mean, c’mon people- it’s frozen yogurt, not the second coming of Ghandi. 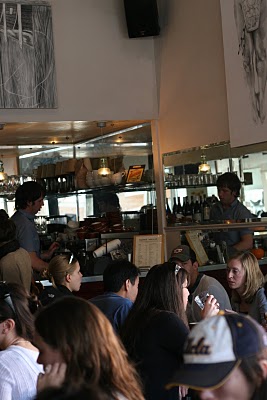 That said, there are certainly places that deserve every last note of praise sung it their names by devotees the world ‘round. In N Out cheeseburgers with grilled onions are incredible and the maple bacon donuts at Nickel Diner are worth every, indulgent calorie. Ultimately, food is subjective, so it comes down to matters of taste, likes and dislikes, but these two things really do it for me. I recently found another place that does indeed live up to the hype- Tartine Bakery in San Francisco.

J and I went up at the end of last year (again, catching up on my blogging!) and I insisted we go and see what all the internet love was about. The line snaking out the door at 11:00am was a good sign, and we dutifully took our places while I craned my neck above the crowd to see what on earth smelled so ridiculously heavenly. I had to resist the urge to elbow my way up to the front and stick my face on the glass like some little kid, but my eyes darted around the room taking in all of the lovely goodies resting in front of the lucky bastards (ok, too harsh) that were already seated. Let’s take a looky-loo, shall we? 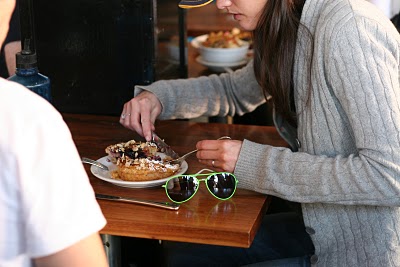 Some berry pastry that every other person seemed to be eating 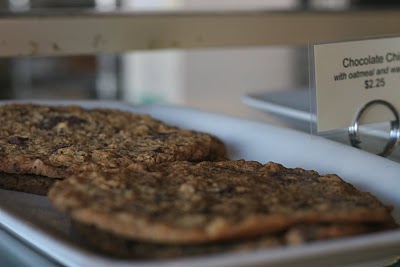 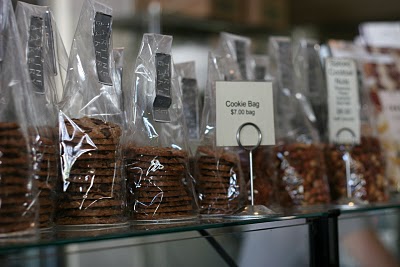 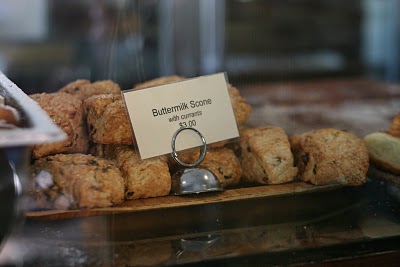 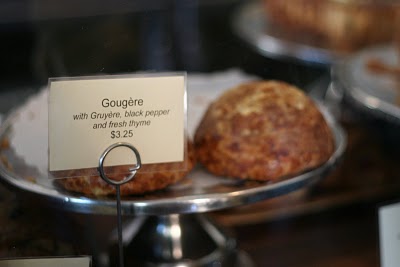 If you’ve never had a gougere, your life is incomplete…..

The last part of the line runs right along the glass case filled with a gorgeous array of breads, cookies, pastries, puddings, bars and other carby goodies so you have plenty of time to try and accomplish the impossible task of choosing what you will eat. It’s times like those that you wish for a larger stomach (I mean, when do we girls EVER want for a bigger tummy?!) and do the tough negotiating in your mind while the register looms closer and closer. “If I got cookies I could get a few since they’re small….but then I’d miss the bread pudding…but the lemon bars seem really popular so maybe they are the best thing…what’s that berry pastry that looks so good?” But then, you see IT. The sea of fools part (sorry, I’ve had Jeff Buckley ringing in my head all week) and you know you’ve met The One, otherwise known as the Tartine Croissant. OhMyLordWhatAThingOfBeauty. The minute I saw the pile of huge, flaky croissants I KNEW at least one (if not two) were destined to be in my mouth: 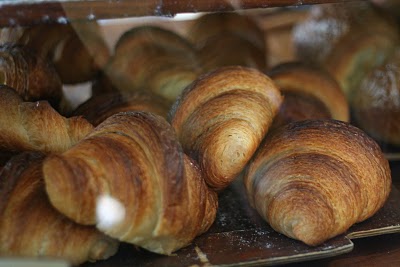 J, who feels the same way about bread pudding as I do about croissants, practically dove into the gigantic chafing dish filled to the brim with a peach and blueberry version.

Did the croissant live up to the hype? Let me just say this: Best Croissant I Ever Had. No doubt about it. The outside was shatteringly crisp and buttery, while the inside was layered with soft, nicely baked layers of the same rich pastry. One of my pet peeves is buying what seems to be a beautifully baked croissant only to find a raw, doughy middle. Ew. No raw dough to be found here, as every delicious layer led to another. Croissant heaven. 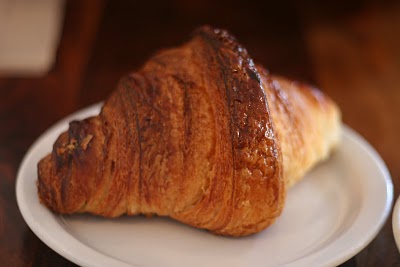 J’s bread pudding was also stellar; moist, custard-soaked brioche studded with slices of fresh peaches and dotted with blueberries was just sweet enough, letting the fruit really shine through. Our only regret was ordering a cup instead of a bowl of it since it was gone in just a few, short minutes. 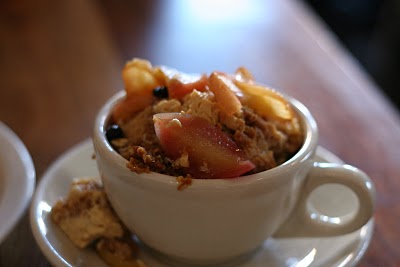 We bought a couple of sweets to take back to our hotel, but I can’t seem to recall what they were because the only things swimming in my mind at the time were the smell and taste of that perfect croissant. 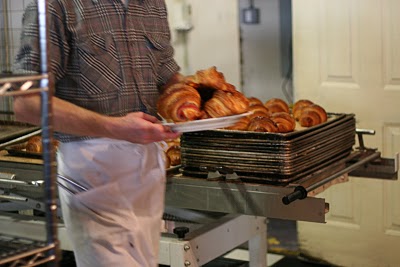 I could take that guy…you distract him while I steal those criossants!