Posted on December 22, 2008 by Anne| 2 Comments
Tweet
Spaghetti and Meatballs 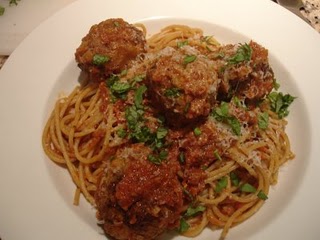 Sometimes, a photo can just jump out, grab you by the stomach and make your taste buds go bonkers. As a food blogger who reads TONS of food blogs, I’m constantly exposing myself to these types of photos. It’s a dangerous thing, but like any drug, the more I’m exposed to it the more I want. Gorgeous food photos are as addictive as crack- not that I know firsthand how addictive crack is…..but I watch Intervention so I have a good idea….! (Ok, that was meant to be a joke). Foodgawker exists for a reason- people love to see photos of delcious food. 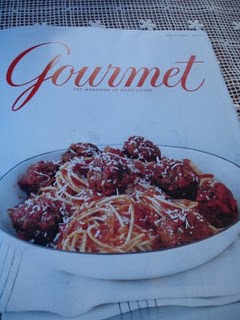 The minute I saw the gorgeous cover of January’s Gourmet Magazine, all plans to make gnocchi for supper went out the window and I knew I had to have spaghetti and meatballs. I mean, would you just LOOK at this?? How can anyone resist, especially with the chill outside (the Los Angeles chill, which I know you’re all laughing at but 45 F is bone chilling to us wimps)? I grabbed two containers of homemade marinara out of the freezer and dashed off to the store to buy everything I needed. 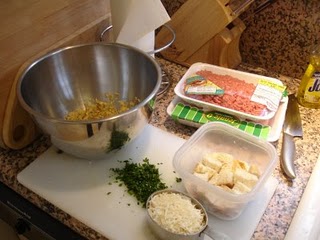 I did tweak the recipe a bit- instead of using veal, pork and beef I just used beef and turkey. Otherwise I was pretty faithful, cutting the recipe in half because the original recipe makes enough to feed a small army. It’s a classic recipe, and although I’d made similar versions in the past I had never added lemon zest to any meatball until this one.

I formed the meat into ¼ cup balls……… 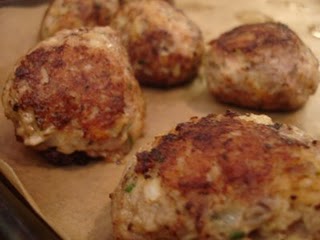 Then drained the fat and poured my marinara into the same pan, loading it up with the browned meatballs and letting them simmer for 20 minutes……… 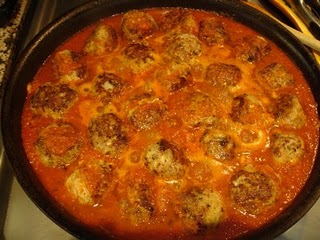 I boiled up some whole wheat spaghetti and tossed it with some of the marinara that had been stewing with the meatballs, then topped the pile of pasta with a few of them and finished it all off with a grating of fresh Parmigiano-Reggiano and basil. 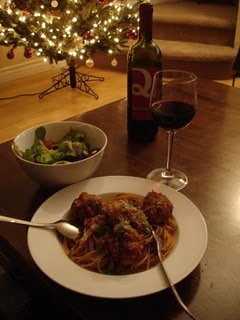 It was everything I’d hoped for and more. The meatballs were tender, juicy and flavorful, and the lemon zest really added something special. Eaten with some crusty bread, a salad and a glass of red, it was the perfect supper on a cold evening. 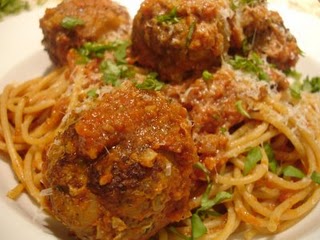