As a food blogger, I get invited to try restaurants or attend food events once in awhile.  Sometimes I’ll go and many times I won’t, depending on whether I’m interested in it or not.  Pretty simple.  Anytime I am comped a meal or an event ticket, I’ll always say so on this blog- I feel it’s appropriate, and I also want to mention that I won’t ever lie about an experience anywhere- free or not.  After all, food is the reason I do this- GOOD FOOD- and as someone who has a deep respect for and love of the stuff I can’t very well be swayed into saying something over a few saved dollars.  It just ain’t right!

Now that we’ve gotten that out of the way, here’s my take on Savor Los Angeles- an event I was invited to attend that happened last night Siren Studios Orange in Hollywood.  It featured a couple of restaurants and a few food companies showcasing their wares.  Overall, the event was much smaller than I’d anticipated and after the first hour it started to feel a bit tight, but I did get to try things I probably would have otherwise never sampled, in particular the Veev cocktail.  Veev is a liquor made from the highly touted Acai berry, and I have to admit it was quite delicious- good for fizzy summer drinks muddled with fruit. 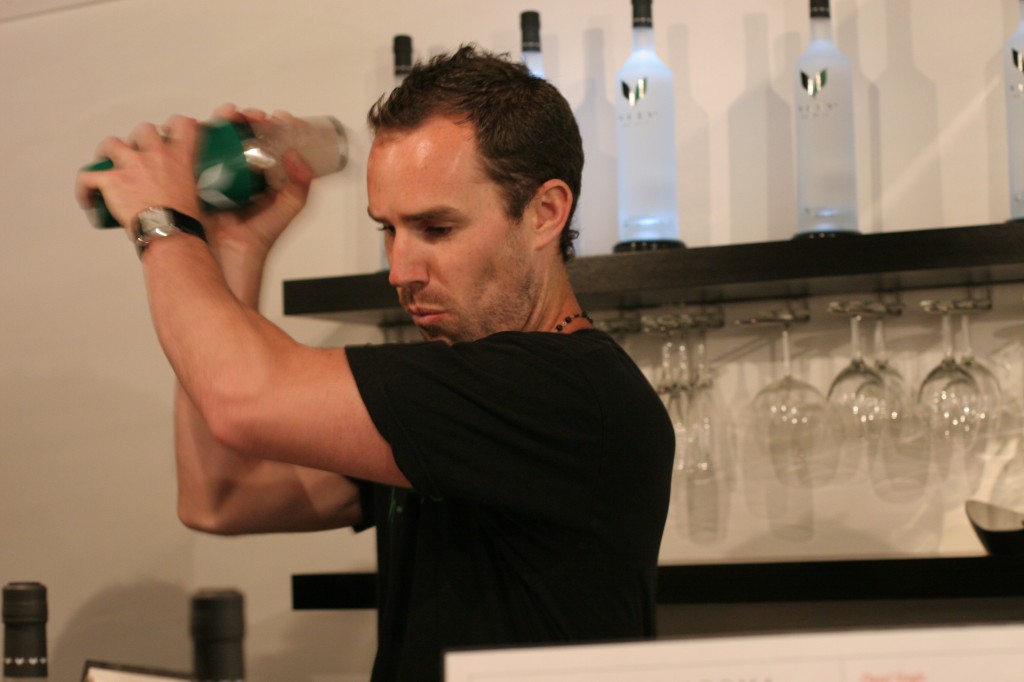 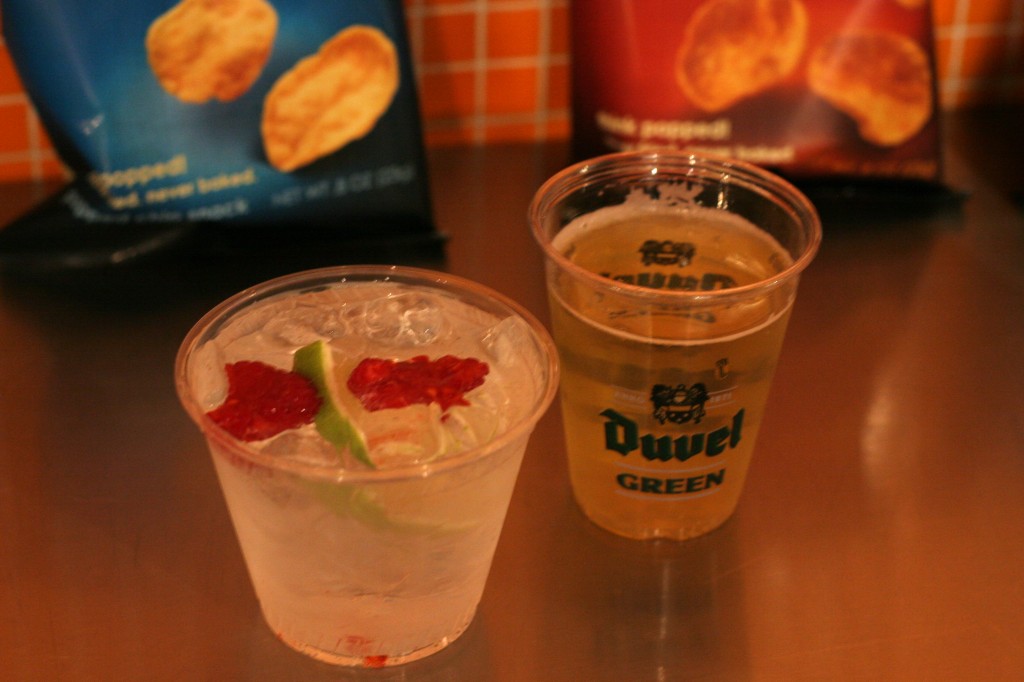 I also really enjoyed the savory creations from Pure Cheesecakes- particularly a stilton blue cheese variety that would be perfect with wine (I’m always thinking about wine!). Here’s what else we sampled:

Crostini of pears, brie and caramelized onions from The Farm of Beverly Hills. Very good, nice combination of savory and sweet. The gazpacho had a nice little surprise of a shrimp at the bottom. I didn’t sample the brownie bites because I was on the hunt for non-desserts to go with my cocktail. 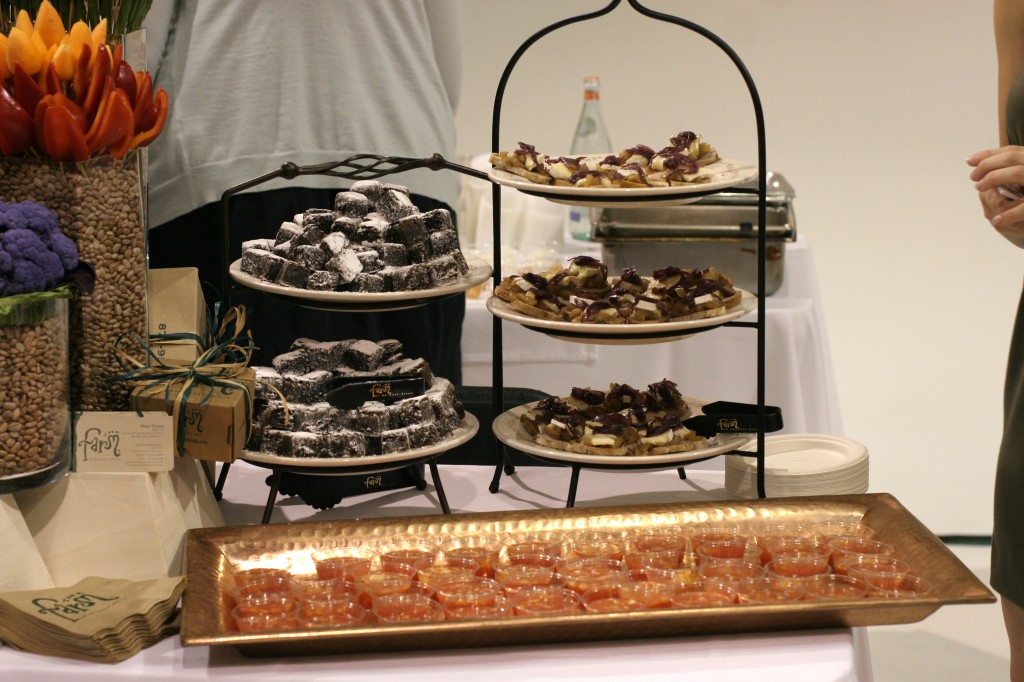 Reservoir of Silverlake had one of my favorite items of the night.. 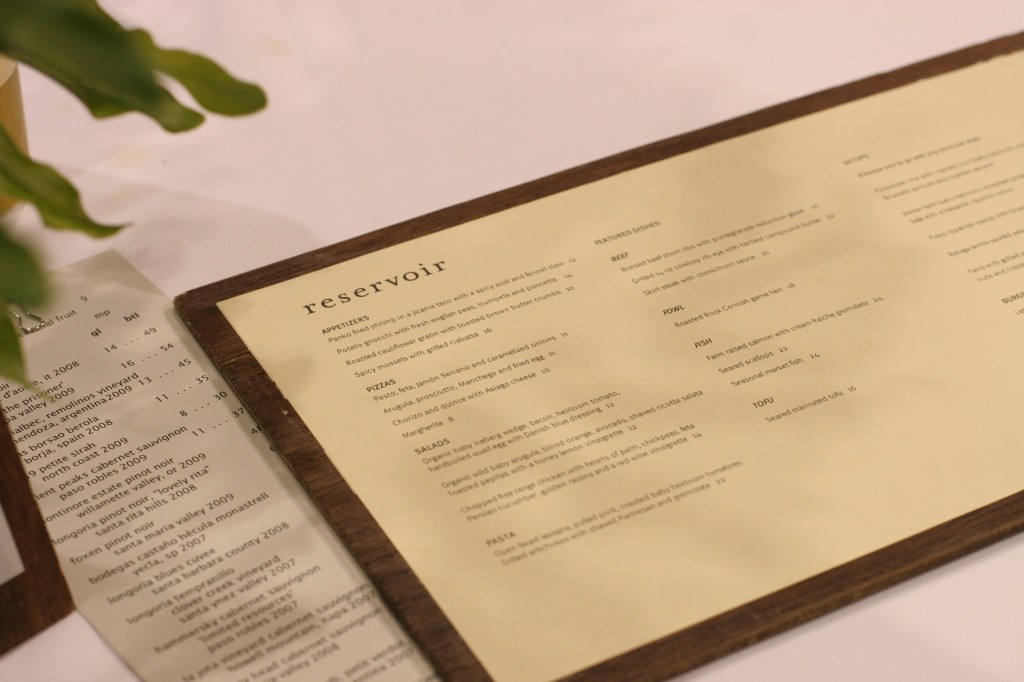 A crostini of fava bean puree that was unctuous and rich.  I’d make it myself but do you know how many fava beans it takes to make a cup of puree (10 million) and how much time it takes to peel each one?  That’s why I’ll just head over to Reservoir next time I’m craving these:)

Bangers and Smashed had these little cups of mashed potatoes topped with sausage.  It didn’t blow my socks off but there are few things as comforting as mashed potatoes, so no complaints here.

Another favorite of the night were these ceviched shrimp from Mas Malo. I loved the salsa verde. 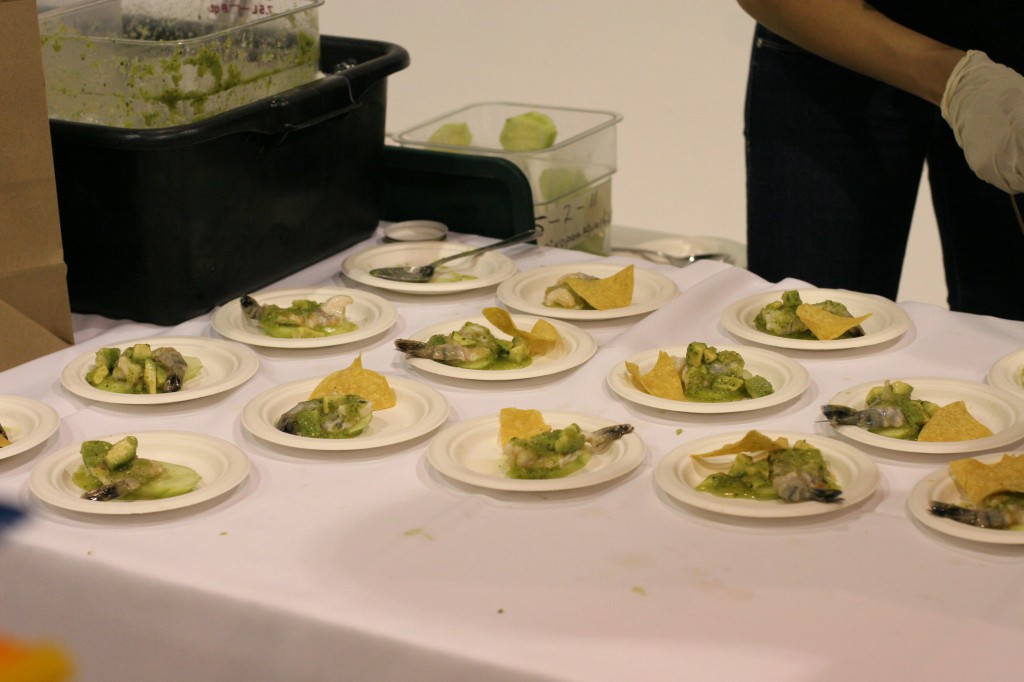 One of the seemingly more popular items of the evening were these little fried pockets of pastry filled with chocolate from Auntie Fruf’s Ahsome Fudge. Not sure about that name, but these were good, but the chocolate inside simply melted into a pool of lava so they were a bit difficult to eat. 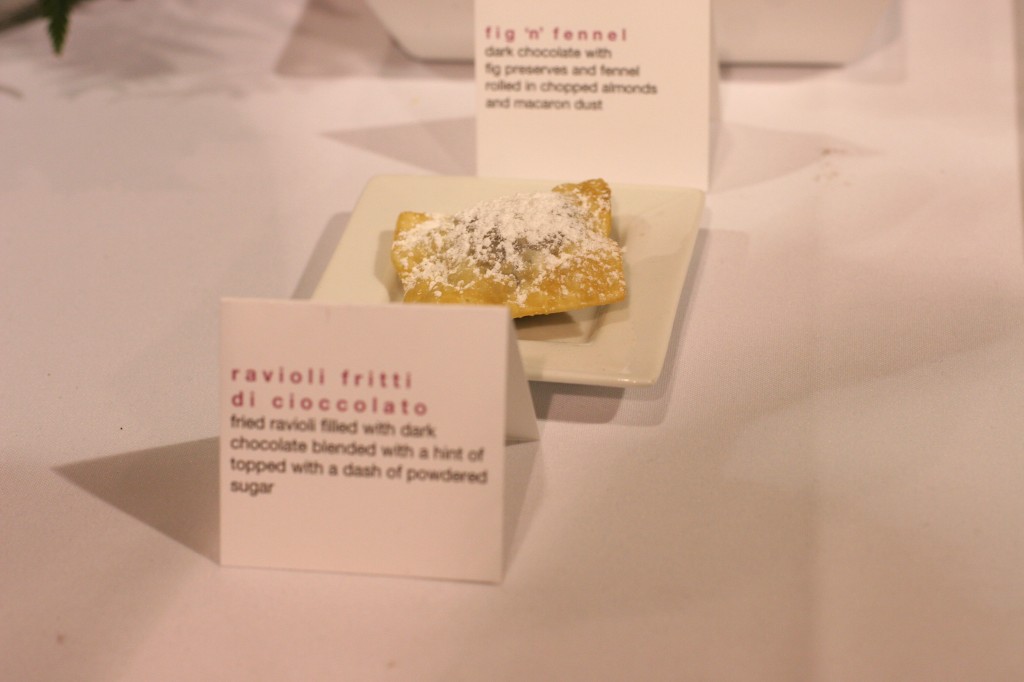 People grubbin’ down on samples:

Although the event was fun, I felt it could have been organized better.  Everything was served on small paper plates (good) but there was only one trash can and it was in one corner of the room (bad). Speaking of plates, they were in short supply after the first hour, and it seemed only one or two of the vendors had paper napkins even though most of the food was finger food (resulting in sticky fingers). I was pretty surprised that such a small number of businesses could make up an actual event…you felt like you’d covered the entire room in less than 20 minutes.  If I’d paid the $55 admission, I don’t think I would have been pleased.

One of the highlights was catching up with fellow L.A. food bloggers The Glutster, The Minty, The Nomster (um, should I add a “The” to my blog name?!), estarLA and Gourmet Pigs.  And where there are food bloggers, there are cameras.  Many cameras.
Did you attend Savor Los Angeles?  What did you think?
This entry was posted in Food shows, Mas Malo, Savor Los Angeles, Starry Kitchen. Bookmark the permalink.

5 Responses to Inside Savor Los Angeles