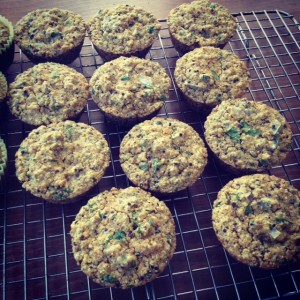 As readers of this blog know, J and I love our veggies. A meal just doesn’t feel complete without some sort of salad, and most of our meals have at least two, sometimes even three, vegetarian components. However, I’ve never really gone vegan- after all, what’s a girl without her cheese but a raging, freaking lunatic, right? 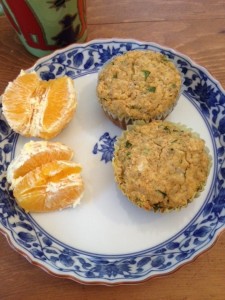 Now that I think about it, I actually did try veganism in college for about a month but I ended up gaining weight because all I survived solely on cafeteria bean and rice burritos the size of Texas. Recently, I toyed with the idea of going vegan for a week, not so much to quit eating meat and dairy, but to just become more conscious of what I put in my mouth and my body, so this time there would be no bean burritos. Not even flour tortillas, as vegan as they are. I told J that we’d eat as much scratch made food as possible for a week and avoid animal products altogether. Thus, Vegan Week at our house launched! 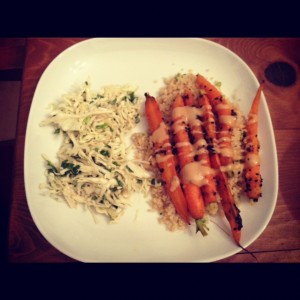 Dinner: My New Roots' Ginger-Roasted Carrots with Mellow Miso Dressing on top of quinoa, plus an Asian slaw

It’s been over a week since it ended, but I still feel energized by the week of clean eatin’. My boss kept remarking that my skin looked “glowy” and I practically jumped out of bed each morning (which I’m sure was the result of not only the vegan eating but cutting down on my wine consumption!). Best of all, I just felt good about all of the whole foods I was eating, and I never even thought about the amount or calories of the food since it was all so healthy. I have to admit that may have been the best part since I’m usually in some sort of battle between how much I want to eat and how little I should actually eat…and that in itself gets exhausting. 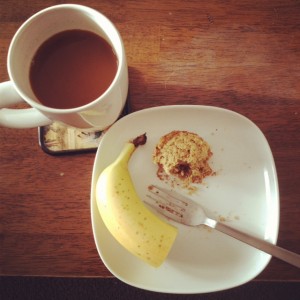 With some many incredible resources in the blogosphere, I found it easy to get ideas and inspiration. I’ve been addicted to a blog called My New Roots and have been making many of her recipes, as you can tell. Not only does Sarah (the blogger) care about nutrition (she’s a holistic nutritionist) but she also cares about good food (she’s also a chef) so all of her recipes are created with both health and taste in mind. If you’re thinking of cleaning up your food routine,  I highly recommend reading her site. 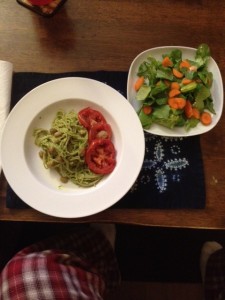 Dinner: Brown rice pasta tossed with a pesto made from arugula, green garlic, raw cashews and olive oil; slow roasted tomatoes and a salad. One of my favorite meals of the week!

J and I’ve had cheese and a bit of meat since our Vegan Week, but we are still eating the homemade spelt bread and I’m so enamored of the quinoa muffins I made a double batch last weekend and eat two for breakfast every day. I think it’s nice to mix up your eating routine to gauge how different foods make you feel and also start eating things you haven’t consumed before.

Have you thought about changing your eating? I’d love to hear your thoughts! 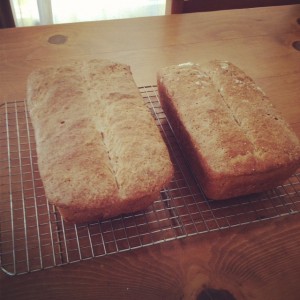 Two loaves of spelt bread made with whole and white spelt flour, yeast, salt and water. 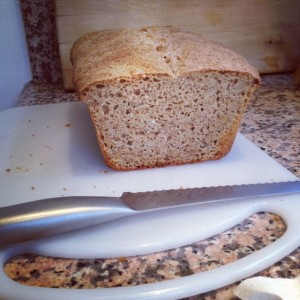 We made tartines out of this bread, ate it with soup and smeared it with raw honey and almond butter- it was all good!